Kelvin Stevens - Sydney based member of Auto Da Fe and  a veteran of  many of our productions put his time and effort into transcribing the archival MADNESS recording for the WITKACY READINGS at La Mama. It wasn't easy - the tape was partly damaged - it was of low quality anyway, but Kelvin managed to deliver the script, so then we could edit it, re-create the missing bits  and have it "reading ready" for the La Mama event.  It was done not just in time, but well before the time due. THANK YOU KELVIN! 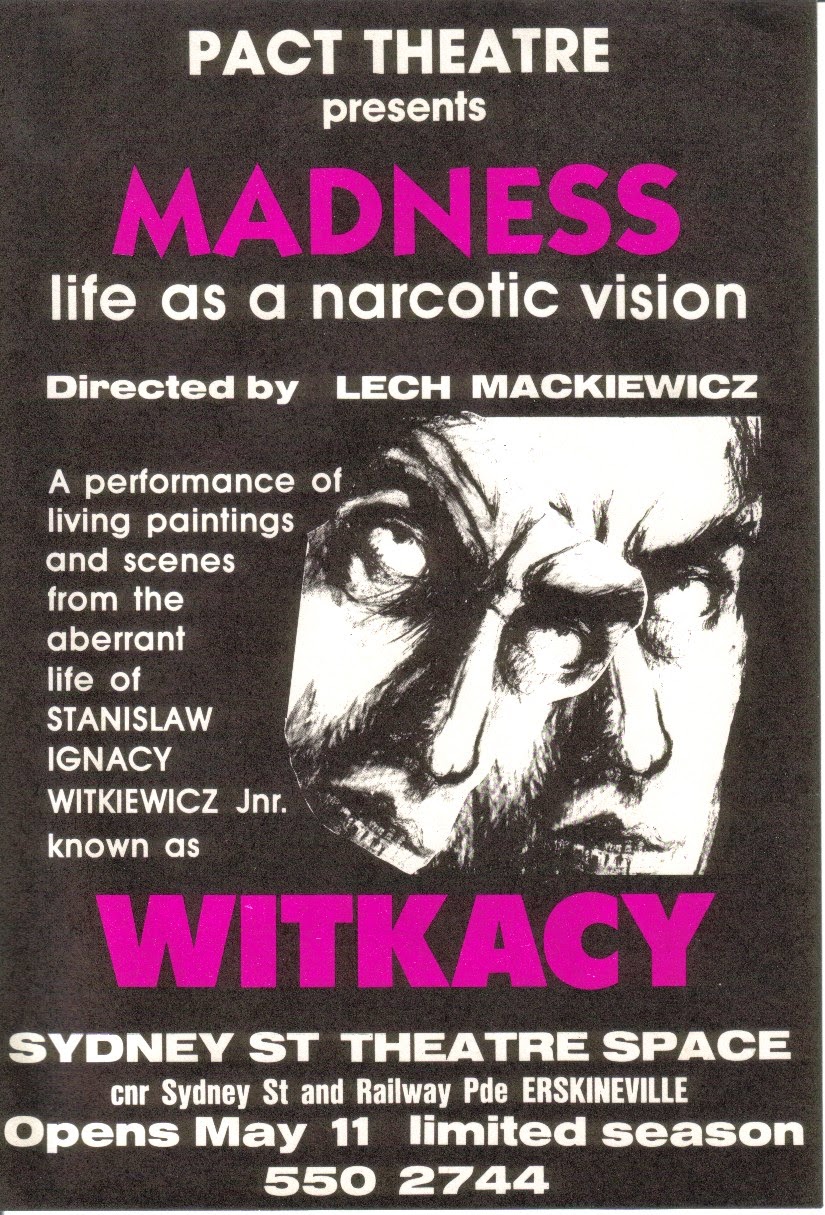 This is the original flyer from the 1990 production.

The scenario of this "theatrical exhibition in three parts" is based on Witkacy's life and his writings. It was originally thought as an introduction to the man and his art in a rather light form and since such is the stated purpose of our presentation it seems the best pick for the day. MADNESS will be accompanied by 3 of Witkacy's  mini plays: COCKROACHES, THE BRAVE PRINCESS & THE POOR LITTLE BOY all freshly translated by Izabella Mackiewicz. Witkacy wrote them in 1893 - he wasn't even 8 years old!

John Gillies prepares a short introductory lecture on Witkacy - and he promises that if he won't be able to make it to Melbourne on the day - he will send us a recording of it, so we can play it back to the audience.

Thank you John , thank you Izabella and once more our big "thank you" to Kelvin, whose contribution and time commitment exceeded our wildest expectations. It's worth noting that  he was a member of the original cast, too.

P.S. It is very possible - almost certain -  that none of the above will make it to Melbourne for the event as they are Sydney based, but all of them are planning to travel down south to see Auto Da Fe's next assigment: Everyman & The Pole Dancers at Metanoia Theatre in October.
P.S. p.s. John Gillies has recently started filming his WITKACY film project (End Of The Line) on locations in Snowy Mountains and in Adelaide. Good luck, John!